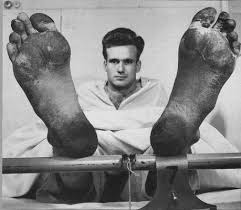 What is Trench Foot?

What are the symptoms for Trench Foot?

The most common version included the symptoms of a cold, swollen, white/grey foot that feels numb, heavy, painful, and prickly. As time continues, tissue and nerve damage occurs along with increased swelling, constant pins and needles, blisters, peeling skin, and tissue dying which leads to gangrene.

What are the causes for Trench Foot?

The main cause is long-term exposure to cold, damp, and poor hygiene. Blood vessels constrict in cold, moist conditions resulting in a lack of oxygen to the tissues. This is why the foot becomes swollen, cold, painful, discoloured, and numb. The oxygen and nutrients in the foot are restricted which causes tissue and nerve damage. Trench foot doesn’t require freezing temperatures to occur, it can develop in temperatures up to sixteen degrees (which is why many soldiers got it). Many soldiers constantly had wet socks and shoes and were standing in the mud for hours on end without being able to get their feet dry. It only takes less than a day for Trench Foot to develop.

What was the original treatment for it in WW1?

In the First World War they only had salt water to rinse wounds and no medication to stop infection, which is why it was important for them to act fast (which was only realised after the war had progressed for a while). The soldiers had to rest in a dry area and clean & dry their feet. The treatment during WW1 was not very good as they did not have proper medications, and many amputations occurred where the men would die on the table because of blood loss (as they were not equipped to successfully amputate). Many soldiers suffered continuously from trench foot because of bad treatments. Mostly the treatment included prevention once they realised what it was, which included getting dry socks & boots.

How did the treatment change throughout the war?

Doctors and nurses were slow in understanding the conditions the soldiers were in and the infections they were diagnosed with. This is why at the start of the war more people suffered from such infections and it resulted to many amputations, however as time continued they realised it was important to get soldiers to the doctors table within 12 hours of being wounded or the risk of infection increased. The same was with trench foot, as otherwise it would progress to gangrene and require amputation, and this is why they needed to be treated as soon as possible when seeing symptoms.

Along with quicker treatment, as people realised it had to do with the footwear the soldiers wore, they attempted to improve the shoes and it had quite a good affect, overall the treatment improved and there were reduced amounts of the condition in 1917-1918.

What was the final treatment?

How many people suffered because of Trench Foot?

There is not many information about the casualties as it was so common and hard to record, however there are some numbers which includes:

The owners of this page ar Myrte Driesenaar, Noortje Winkeler and Veerle Kouffeld. We are students in Grade 10 currently attending the International School of Hilversum. 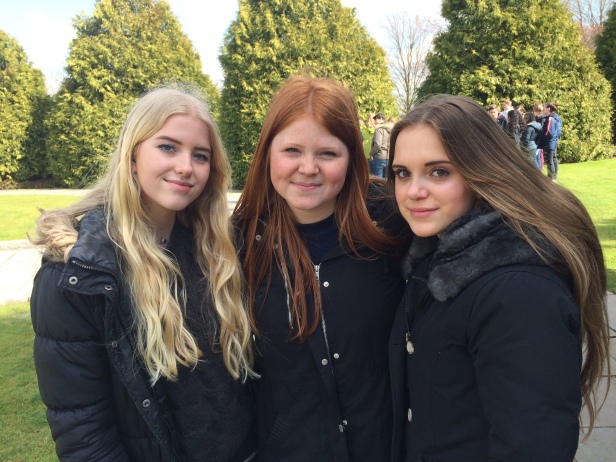